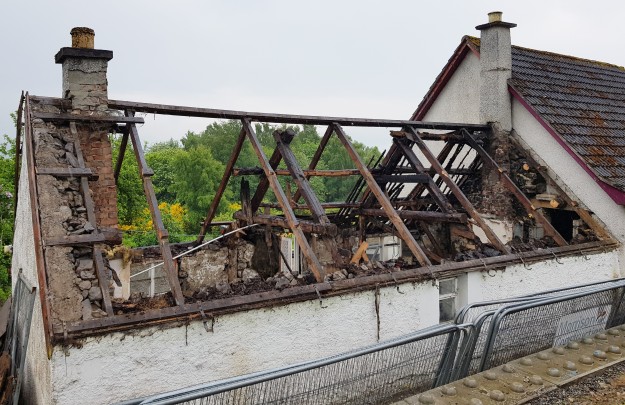 Fig 1: Removing the corrugated iron reveals a modern timber roof and a cruck-frame

In early June 2020, I became aware that a neighbour on the braes below me was doing up an old cottage, with a 1970’s extension, that he had inherited from his father. He was one of four children brought up in the old cottage in the 1960’s. Once he had removed the corrugated iron roof from the cottage, a peat and heather roof was revealed. When that was removed a wooden cruck-frame appeared. I showed a photo (fig 1) to colleagues who immediately suggested that I should survey and record it. Cruck-framed buildings are not so common these days. There was additional interest in that the cruck-frame had been overlaid by a more modern roof and that the building is likely to be demolished.

How old is it? The online Lovat Estate maps show that the braes above, ie W of, Beauly were increasingly brought into crofting, gradually extending into moorland, between the mid-18th century and the early part of the 19th century. According to those maps, one of the crofts, Ruisaurie, had two croft numbers in 1757, eight numbers in 1798-1800, seventeen in 1823 and twenty-four in 1839. The crofts increased by both being sub-divided, and by new croft settlements being established on the higher ground. Confusingly, the numbering of the crofts changed over time, although by 1876 the croft numbering had become established to reflect the croft numbering now. 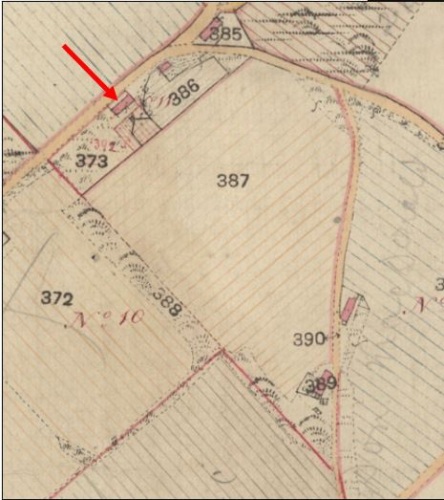