In 1756 a young man had been sent by his employers to Coigach, a rough, remote area on the west coast of Scotland, just north of Ullapool. He wrote to those employers on 21st July:

The estate of Coigach is a very large country, and the subject difficult and tedious to measure, being little else but high mountains with scattered woods, steep rocky places, and a number of lochs in the valleys, which with the great distance there is between houses makes me obliged to sleep in the open fields for several nights together, which is dangerous in a climate where so much rain falls. I wish (you)  would condescend to allow me a tent or otherwise I’ll have great difficulty to go through. There is no such thing as sleeping in their houses in the summer time, they are so full of vermin[1].

The man was Peter May, an Aberdeenshire land surveyor, and his employers were the Commissioners for the Forfeited Estates. After Culloden the British (London!) government forfeited, and therefore took possession of, the estates that had “come out” in the 1745 rebellion. Six years later an annexing Act was passed, in 1752, and three years later the Commissioners for the Forfeited Estates finally met. They wanted to know what lands they now administered, and also wanted to improve the economic performance of those lands. They therefore appointed land surveyors for the main 13 estates that were their responsibility, including the estates of Cromartie (the Mackenzie Estate, and hence Coigach) and Lovat. Peter May was appointed to these two estates, and produced a series of maps, surveying the entirety of the estate ground. 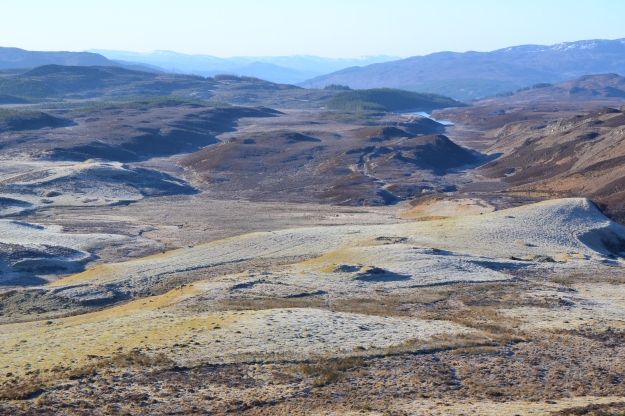 I had seen a hand-drawn copy of one of these Peter May maps, pertaining to the Barony of Kilmorack, when NOSAS had undertaken a survey of the lands of Urchany, a multi-period deserted settlement west of Beauly. I was keen to see and study the original, which was said to be in the Lovat Estate offices in Beauly. After a little persistence, I was allowed to look at the map, which was a valuable experience. I then realised that the office contained many more maps that could also be relevant to the survey. Not all of the maps were known, even to the estate manager. I asked him if I could  catalogue and therefore research the whole map archive. He said yes! END_OF_DOCUMENT_TOKEN_TO_BE_REPLACED