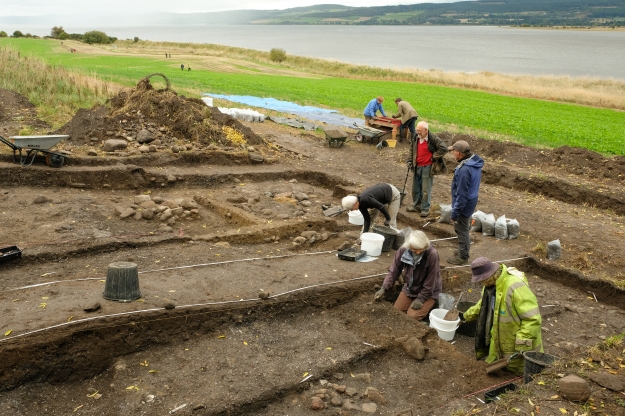 Trench 2B at Tarradale during excavations in October 2017.

Background to Tarradale through time

This blog sets out some of the recent developments in the TARRADALE THROUGH TIME project (see website), a NOSAS led project that commenced in 2017 and is supported by the Heritage Lottery Fund and Historic Environment Scotland and private donors. TARRADALE THROUGH TIME grew out of the earlier Tarradale Archaeological Project which is still ongoing as a mainly field walking and data gathering exercise – see Tarradale Archaeological Project blog . Field walking over the last few years has produced a great deal of data which has been recorded and mapped and the patterns emerging from mapping and analysis suggest that there were several important archaeological sites within the Tarradale study area that merited further investigation. A detailed research project was drawn up as a multiperiod investigation and given the name of TARRADALE THROUGH TIME. The sub title of the project is community engagement with archaeology in the Highlands, as one of the aims of TARRADALE THROUGH TIME is to engage with the local community in order to widen access to heritage through research and understanding and to underline the premise that archaeology belongs to the community and not just to the archaeologists who explore it. The Tarradale Through Time website can be found at www.tarradalethroughtime.co.uk.

The Heritage Lottery Fund awarded the project a grant in 2017 and additional funding for specific aspects of the project was sought from Historic Environment Scotland. TARRADALE THROUGH TIME is focusing on five specific subproject areas for excavation and one subproject for detailed surface survey. These were chosen to give as wide a chronological range as possible in order to investigate the relationship between the inhabitants of the Tarradale area with their environment and landscape through time. The currently formulated subprojects are

END_OF_DOCUMENT_TOKEN_TO_BE_REPLACED

Aerial photo of Tarradale area with Tarradale house in the foreground. Tarradale Castle (destroyed 1308) was probably located above and below the steep bank in the field immediately below Tarradale House. (Picture by courtesy of Jim Bone).

1. Location and extent of the Tarradale study area. The study area comprises about 750 hectares of mainly agricultural land at the eastern end of the parish of Urray on the northern side of the inner Beauly Firth in Ross-shire. Historically the area was co-terminous with the old landholding unit of Tarradale  estate and the ecclesiastical parish of Gilchrist or Tarradale, which was a separate parish until becoming amalgamated with the parish of Urray in the late 16th The historical centre of Tarradale was the old parish church, now surviving only as a mausoleum at Gilchrist. Following the building (or rebuilding) of Tarradale House in the 17th century, Tarradale House became the administrative centre (caput) of the estate.

A large part of the area is raised estuarine beaches and that area today is flat or gently undulating high-quality agricultural land that is regularly ploughed. To the north of the former raised beaches the land rises towards the Mulbuie Ridge as undulating hillside mainly covered with boulder clay. Apart from Gilchrist Chapel and some standing stones probably erected in the Bronze Age, there are few visible archaeological monuments in the area that is intensively ploughed, although aerial photographs show cropmarks that can be interpreted as ring ditches, pits and enclosures. This contrasts with the more upland and less intensively cultivated area where there are standing monuments including Tarradale chambered cairn and an indeterminate feature which has been called a henge but is better referred to with the more general term of earthwork. 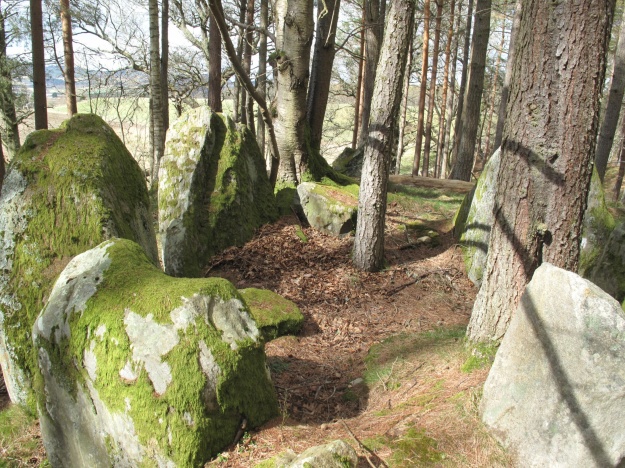