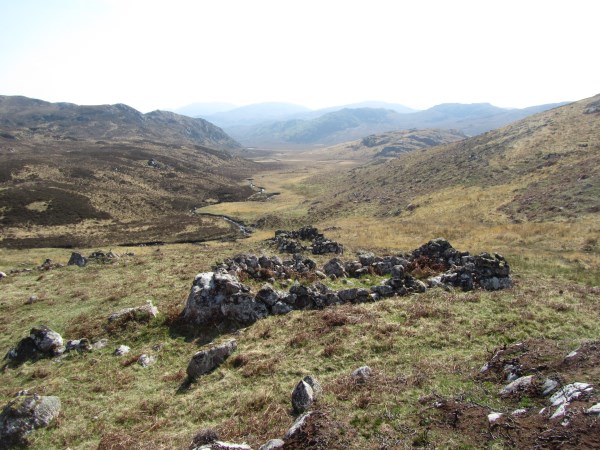 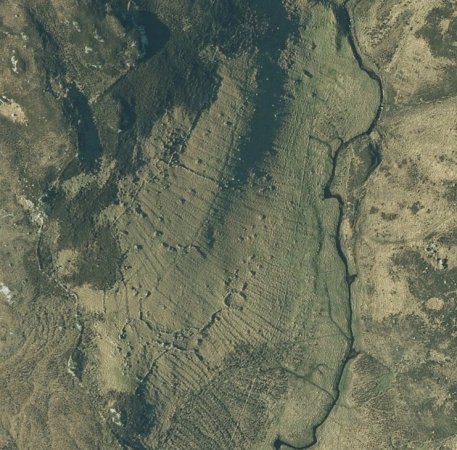 We have established that this is a multiperiod settlement site. There is a 9m diameter roundhouse with associated field wall and possible burial cairnfield with at least 5 cairns. A classic horse shoe shaped burnt mound lies beside a small burn.

There are 5 large enclosures with turf and stone walls, plus numerous smaller enclosures, extensive lazy beds, stone clearance piles, lynchets and lots and lots of walls! The footings of 13 small shielings/buildings lie on the slopes around the main township which is built on the top of a group of knolls above the boggier moorland. 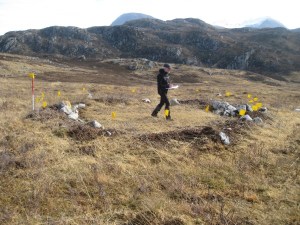 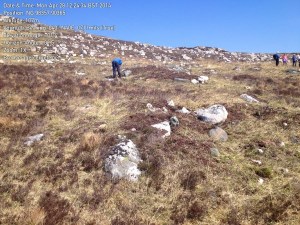 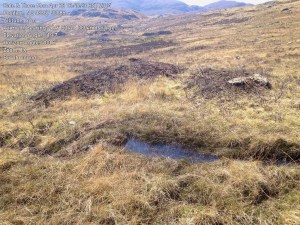 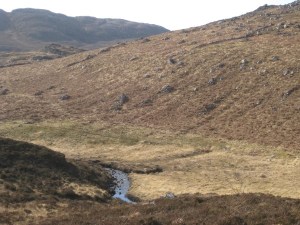 The later township consists of a row of buildings  with terraces built out from them downslope. The walls are still upstanding to a maximum height of 2m. These are substantial  buildings and some have what look like gargantuan byre drains! Are these for huge cattle or modified for some other purpose? Associated with the township are potato pits, a corn drying kiln, and a still tucked in behind another knoll up slope and out of sight. In the middle of the township is a more modern circular sheep pen with the stone taken from nearby robbed out buildings. 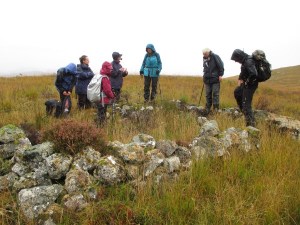 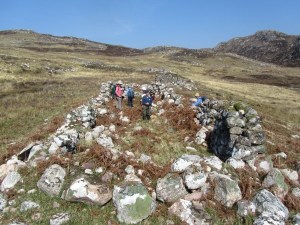 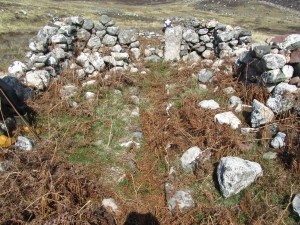 Top left: Looking at the still; Top Right: Main township; Bottom Left: One of the byre drains; Bottom right: Explaining the workings of the kiln.

There is more to be done; walls to be surveyed, and a decision taken about more detailed surveys of the buildings. A feature that Anne Coombs has found needs to be investigated, and no doubt there are more to be found.

A fascinating fairly remote site. If you would like to help with further surveying do please get in touch with either Meryl Mershall, Anne Coombs or Ann MacInnes through NOSAS.