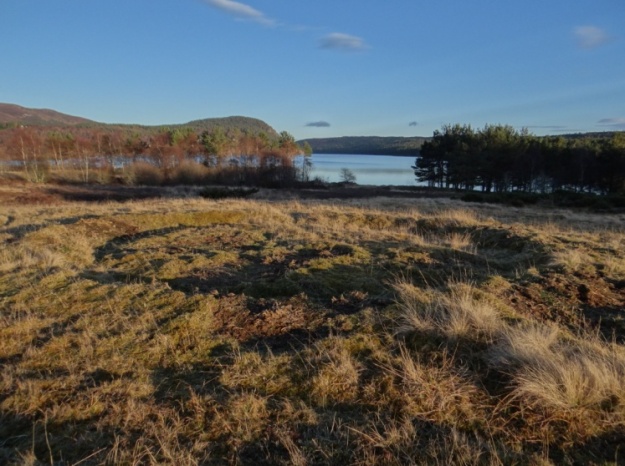 Now you’re fired up about henges, there are more on the Highland HER, although many of those are only identified as crop-marks or are now sitting under development. Books? Richard Bradley’s Stages & Screens is good, as are Gordon Noble’s Neolithic Scotland and the Set in Stone book, edited by Vicki Cummings and Amelia Pannett.

The Torboll Farm Henge outside Dornoch. There is nothing on the ground, just a field!